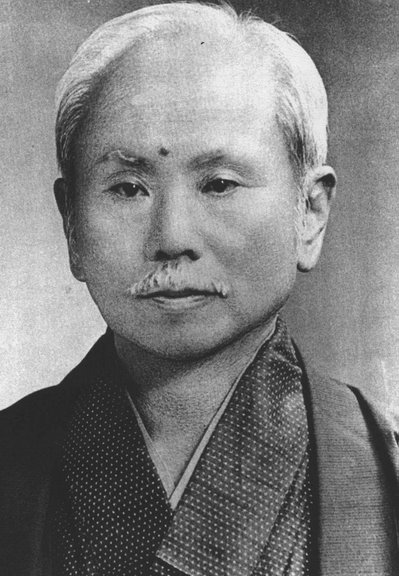 The history of modern Karate

Gichin Funakoshi is now known as the father of modern day karate, he was born in 1868 in Okinawa.

As a boy he studied karate under two masters, Master Itosu and Master Azato in Okinawa.

In the beginning days of Karate, a master only took on a couple of students at a time.  Due to war at the time, the practice of the martial arts was still kept secret.  The Americans outlawed most martial arts due to their aggressive techniques, Karate however managed to hide its techniques inside Kata.

When old enough, Funakoshi became a school teacher, training in karate at the same time with both masters.

It was during this time, Okinawan karate emerged from its seclusion to become a legally sanctioned martial art. Funakoshi, knew the benefits of the study of karate, so he introduced karate into the Okinawan public school system, this was the starting point of modern Karate.

In 1922, the Japanese Ministry of Education held a martial arts demonstration in Tokyo and Funakoshi was asked to introduce Okinawan karate to Japan.  Funakoshi did not get the chance to return to Okinawa, his demonstration made such a powerful impression on the Japanese public that they besieged him with requests to further demonstrate and teach his art in Japan.

In 1955, Funakoshi established the Japan Karate Association, (JKA), Funakoshi served as chief instructor of the JKA until his death in 1957.

Since then, Shotokan students have continued his spirit and teachings, Shotokan is one of the most popular martial arts styles in the world and some of the original techniques and throws have been spotted in modern day MMA fights.

A lot of traditional clubs may have a poster of Funakoshi hanging in their dojo and may do a bow at the start of class to it, this is a mark of respect and acknowledgement to him.